Andrew Harris, 2015-16 Season 220 lb. 6th Place in 4A
After two trips to the Dome, the third time was the charm for senior Andrew and he placed 6th at the State Tournament. Andrew ran though most of the competition during the season racking up an impressive 25 pins in 31 victories. Andrew led the team with 8 tournament placings and a 79% winning percentage during his final season with the Wildcats.

Mason Marenco, 2015-16 Season 152 lb. 6th Place in 4A
After making it to the Dome as a sophomore, Mason's second trip to State ended with an appearance on the placers' podium. Mason led the team with an impressive 33 wins and a 79% winning percentage during his junior season.

Mark Mulligan, 2014-15 Season 170 lb. 4A State Champion
Mark transferred to Mount Si from Cary High School in North Carolina. During the season, Mark posted a 31- 2 record and led the team in wins, pins, and winning percentage.

Justin Edens, 2014-15 Season 152 lb. 4th Place in 4A
After just missing a trip to the Mat Classic in his junior year, Justin turned in a strong senior campaign going 30 - 8 and placing in 6 tournaments.

Eli Clure, 2013-14 Season 120 lb. 4th Place in 3A
In Eli's second trip to the Mat Classic, he made it to the medal rounds. Eli had an impressive senior campaign earning a 34 - 7 record and winning Regionals. 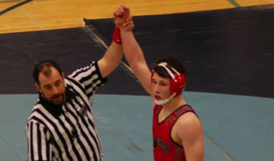 Ryley Absher, 2013-14 Season 145 lb. 5th Place in 3A
In his 4th year as a varsity wrestler, Ryley capped off his high school career with a great season finishing with a 34 - 6 record and racking up an impressive 23 pins on the year. After high school, Ryley joined the United States Marine Corps.

Marine finds new level of physical, mental toughness - The Official Website of the USMC
"Wrestling physically and mentally built me to push my body further and harder than I ever thought was possible. When you think your body is about to shut down, you have to push through it. That’s what molds you into a mentally stronger person.” - Ryley Absher 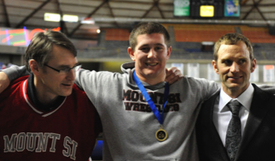 Josh Mitchell, 2010-11 Season 285 lb. State Champion & 2011-12 Season 285 lb. 3rd Place in 3A
Besides being an highly recruited football player, Josh was also a very accomplished wrestler making it to the Mat Classic twice as a qualifier and once as an alternate. After high school, Josh continued his sports career by playing football at Oregon State University. 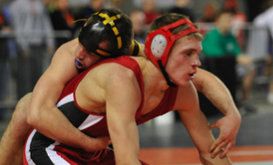 AJ Brevick, 2011-12 Season 160 lb. 7th Place in 3A
Possessing a tall frame and a series of effective tilts, AJ was one of the hardest match-ups for opposing wrestlers on the Mount Si team. A multi-sport athlete, AJ continued to be involved in Valley sports after graduating via coaching at the local middle schools. 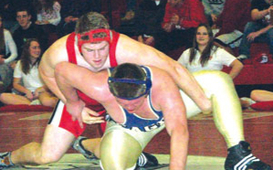 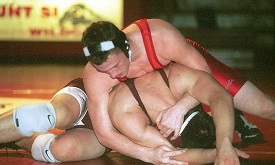 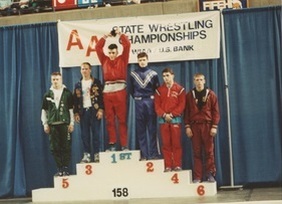 Please contact Coach Tony at sonvalleywrestling@gmail.com if you have any additional placers or info regarding those on this list!

Another good set of references:
http://wa-wrestling.com/Decade_Teams_files/Individuals%20Champs%20School.htm